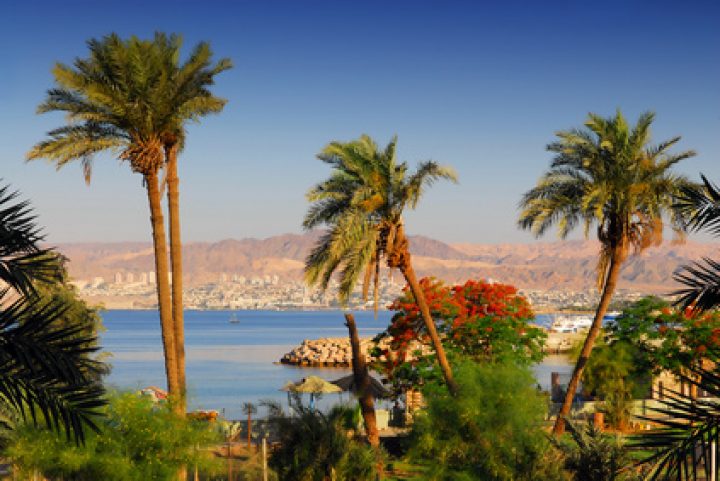 Overview
Jordan is an ancient land, a country rich in history and culture that enjoys the reputation of being the foundation of civilization since Babylonian, Assyrian, and Persian times.  For thousands of years, Jordan has enjoyed her place in history in the Middle East, from biblical times to the 21st century. Archaeological remains and wonders of the world can be found in Jordan, as can modern amenities and some of the most exotic and exquisite dining experiences, accommodations, and fun things to do.

Visitors to Jordan invariably visit her many wildlife, nature, and wetland reserves or take in the scenery from the top of Mount Nebo, rising over 2680 feet above sea level in the western portion of the country.  Visitors also get their feet in the Dead Sea and the Red Sea, and bask in the warm sunshine that graces their coastlines.  Travelers to Jordan enjoy a wide variety of outdoor and indoor activities, sightseeing excursions, museums, ancient and modern architecture and historical landmarks.

Electrical
230 volts. Purchase a voltage converter before you travel that will support at least 50 to 100 watts for use of common travel appliances including laptop computer.

Visa Requirements
Travelers from the U.S. and western Europe wishing to enter Jordan require a passport and visa. Visas are generally good for 30 days. Such travelers must fill out Form A, offered by the Jordan Embassy. Those who wish to stay longer must register with Jordanian law authorities at a police station prior to expiration of the visa.

Travelers from other middle east countries such as Palestine or Iraq have different guidelines. Check with the Jordan Embassy or Consulate in your native country of origin to determine entry requirements.

Travelers may obtain visas at most major points of entry to Jordan by land except the King Hussein Bridge land border crossing.

Money
Jordanian dinar. Many upscale venues such as hotels and restaurants accept U.S. dollars, but convert money to Jordan standards whenever possible for easier transactions.

Jordan Country Dialing Code
Some countries require an exit dialing code to call out. For example, to call outside the U.S., you must first dial 011, an international prefix. [exit country code] + 962 + City Code + Telephone number

Embassies in Jordan
Always check to verify contact information and current ambassadors or consulates for foreign embassies before traveling to another country.

10 Fun Things to do in Jordan

Conclusion
Medical travelers from around the world, including the near Middle East, Britain, and the United States visit Jordan every year to enjoy the benefits of state-of-the-art and technologically advanced private hospitals, clinics and outpatient facilities. While in Jordan, medical travelers also benefit from the wealth of things to do and see throughout the country. Visiting Jordan is an eye opening and often-unexpected experience. From its canyons to the River Jordan, to its ancient ruins to shimmering deserts, Jordan offers visitors a chance to step back in time and bask in the history of civilization in this beautiful desert kingdom.